I was a baby when my family moved from the centre of Liverpool to the comparative safety of Huyton Quarry at the outbreak of World War II, after a short period of evacuation when the family had been split up. Huyton Quarry was a village, not far from Liverpool geographically, but a world away in its pace of life. My childhood memories are mostly centred around Huyton Quarry, and Huyton Village, a ten minute walk away. All our day to day requirements were met virtually on our doorstep; a butcher, a grocery store, a greengrocer - and a newsagents and sweet shop next door to each other, businesses carried out in the front rooms of terraced houses by brothers called Echo Jones and Toffee Jones, for obvious reasons. Oh, the excitement of entering the small, dark sweet shop clutching my ration book, waiting as a coupon was stamped before my twopence was handed over in exchange for a paper cone of sweets. Back in those days, a child could also go into a newsagents and ask for 'Ten Woodbines for my dad, please' - cigarettes were mostly kept 'under the counter' and reserved for regular customers.

There was another parade of shops on the other side of the railway line that bisected the village - these  shops were larger and purpose-built; one was a hardware store where I would pay in regular small sums of threepence or sixpence from my pocket money to save up for Christmas presents for my mum and dad. I still have the Dick Turpin toby jugs I bought almost 70 years ago! 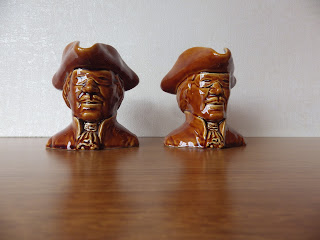 My favourite place, apart from my Junior School, Sylvester County Primary, was Huyton Library. As soon as I was old enough to have my own ticket, I would walk the mile or so with my best friend, Pat. Rain didn't deter us, the children's section was equipped with large, green leather armchairs where you could lose yourself in a book until it stopped. We were voracious readers and during school holidays must have visited the library most weekdays. One day, having finished our new books before lunch, we returned them in the afternoon, only to be told that we had to keep them at least 24 hours! 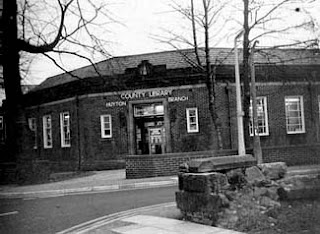 Very close to the library was the baby clinic where my mum bought the concentrated orange juice and cod-liver oil she hoped would keep me healthy. I loved my daily spoonful of cod-liver oil, and she also dosed me up with every other supplement available; malt-extract, Virol, Scott's Emulsion, and Parish's Food - which tasted of iron and left you with a purple tongue.

I remember Saturday matinees at The Mayfair cinema in Huyton,  boisterous lads whooping and hollering, as they poured out through the big iron doors of the side entrance, blinking in the bright daylight, still lost in that make-believe world of 'cowboys and indians' or Flash Gordon. 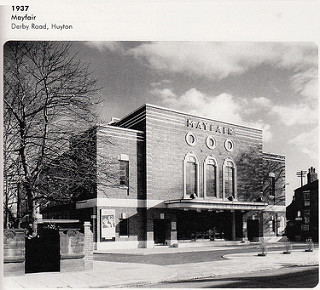 As I grew up, my horizons widened. I attended High School in Childwall and made friends who lived further afield. I took two buses to visit my dad's family in Bootle on Sundays, and eventually started work in a city centre office. In the late 1950s, I enjoyed lunch-time sessions The Cavern Club, this was pre-Beatles when The Cavern was a jazz club. Weekend evenings were spent at The Locarno, The Grafton,The Harlequin, and other dance halls, or as a regular at the many cinemas in and around the city, with the boyfriend I would eventually marry.

Once married, and when my new husband had completed his National Service in the Royal Navy, we moved about 20 miles out of Merseyside to another small town where we brought up our family and where, 54 years later, we still live. Although I visit Liverpool on a very regular basis, and frequent visits were made to Huyton Quarry and Huyton-with-Roby while our parents were alive, it's now many years since I've walked the streets of my childhood. I knew that The Mayfair closed in 1960; I'd seen Huyton change while my parents were still alive. But as my train into Liverpool passes through Huyton Station now, I can see that even bigger changes have taken place and being curious as to just what remains of the scenes of my childhood I felt it was time to take a walk through my past. Would anything remain of my childhood haunts?


[I am indebted to various sites on the internet for some of these photographs, if anyone needs a personal accreditation, please contact me.]
Posted by J Carmen Smith at 22:09