Interview with Mary Rensten author of Letters from Malta 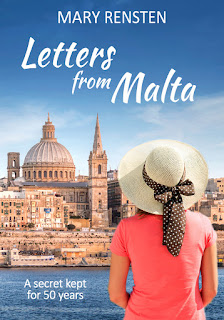 Today I am delighted to welcome Mary Rensten to my website. Mary is a Vice President of the Society of Women Writers and Journalists and the author of Corazon’s new release, Letters from Malta.

Mary, you have many years’ experience of writing for magazines and newspapers – how long have you been a Vice President of the SWWJ? Perhaps you could give me an insight into what the position means to you?

I’ve been a Vice-President since the 1990s – I can’t remember the exact date, but I know that it was just after I’d steered the Society through its Centenary year 1994. The honour was bestowed upon me, I was told, for all the work I had done to make our celebrations the success they were. We had so many big events that year… Looking back it’s hard to believe we did so much: a major literacy campaign, a reception at the House of Lords at which we honoured exceptional women of the year, a national Biography competition, a national library programme with SWWJ speakers in libraries up and down the country… and lots more. Lady Longford was our Life President and Nina Bawden our President. I am very honoured to be a V-P of such a prestigious writing organisation. Although it is now 120 years old, it’s bang up-to-date. Do have a look at the new website www.swwj.co.uk

Was it difficult making the change from journalism to writing fiction and what inspired you to write Letters from Malta?

No, not really difficult. I am also a playwright and there was always dialogue in my magazine interviews, so writing a novel was a case of combining the skills, for want of a better word, that I had been using in my other work, including creating a good plot, of course!

As to what inspired me to write Letters from Malta … it was visiting the military cemetery at Intarfa on my very first trip to Malta. My husband and I came across it quite by chance. It was so different from other military cemeteries I had seen; no serried ranks of white crosses, just weathered stone slabs and headstones, a worn path and cypress trees with fallen cones around them. So peaceful, so very like an English country churchyard. I looked at the graves of soldiers and airmen, even the graves of children, and wondered about their lives, and how the British boys had come to die and be buried so far from home. There had to be a story here!

Had you visited Malta previously, before you even thought of writing the book, or was your research trip your very first experience of the island?

This was my first trip, and it was purely a holiday – but since when did writers not make use of a holiday in a new place, even if only to store up mind-pictures for a possible future piece of writing! The research visits came later, including a major one in 1995, the year in which the book is set.

What was the reaction of the Maltese people to your research – were they helpful? Were you able to speak to people who had lived on Malta during World War II?

Oh yes, very helpful, one person sending me on to another – ‘He will know, he was here in the War.’ ‘Her father worked at one of the airfields.’ So much information, some of it you wouldn’t find in the official records, poignant family stories.

Which sparked your interest first, the period in which Letters from Malta is set, or the island itself?

The island. Definitely. Of course, I knew a bit about Malta’s part in WWII, the George Cross and all that, but being there was such a revelation. You know, meeting people, hearing their stories, seeing where the airfields had been, the amazing harbour at Valletta … also things like the birds and the wild flowers … and the prehistoric stuff, ancient cart tracks and stone altars … and the Blue Grotto and … You’ll have to stop me; I could go on and on! 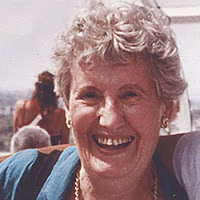 Have you been back to Malta since completing the book?

Yes, once. I’m hoping to go there later this year.

I am always interested in how other writers plan their writing days. Do you have set times in which you write – or, like me, are you easily distracted by other demands on your time?

I plan, yes, but the plan doesn’t always work out! But if it does, it’s 10am to 1pm, with a quick break for coffee, and then, again if there’s no distraction, another hour in the late afternoon for revision. I don’t always enjoy this bit – everything might look wrong, and I’d have to start again. On the other hand, it might be okay, and then I can go straight ahead the following morning!

Do you need a special place to write; a room of your own, a desk, or just the corner of the dining room table, and do you jot down ideas on paper first, or write directly onto a PC or laptop?

I have a study/office, and my computer is there … and there’s no phone unless I choose to take it with me. There’s quite a lot of ‘thinking writing’ time - the process in my novel that my heroine’s husband doesn’t understand. Mine did. - with jottings in a notebook: a time line, characters’ ages and background, etc. and an outline of the plot, which every now and then becomes a full chapter with dialogue, or a scene in a play. Time for the computer now, just a rough document, full of typos, but at least it is down! Then it’s back to the note-book, unless I’ve got carried away on the computer and found myself well into the next chapter or scene. Nice if it happens, but it’s not often.

How long did the research for Letters from Malta take? Did you make more than one trip to the island? I know that it is possible nowadays for some research to be done without leaving home, but your novel gives a real sense of place that I recognise from having visited Malta myself.

Thank you for that. The research took a long time, but like many writers, I enjoy doing it. Once I knew I was going to write this book there was plenty of research about the war years I could do in the UK, and of course there were letters! This all started pre-Google, so the correspondence I had, via SAGA Magazine, with dozens of ex-service personnel who had been stationed in Malta, was invaluable. For the 1990s part of the book, which is totally fictional … well, I simply had to go back to the island! Especially as I now had friends there, friends I had made doing research in the cemetery at Imtarfa: I couldn’t have known what the interior of an old |Maltese house was like if I hadn’t been invited into one.

Thank you so much Mary, for sparing the time to speak to me today and I wish you every success with Letters from Malta, an intriguing and most enjoyable read.

Thank you for inviting me. I am so pleased you liked the book.

Letters from Malta by Mary Rensten

When Jane Thornfield finds an envelope hidden in her mother's bedroom drawer it heralds the beginning of a journey of discovery. Long buried family secrets are unearthed and Jane is forced to question her very identity.

Jane's search for the truth takes her to Malta, where she learns about the harsh realities of life during the Siege of Malta in the Second World War. But her attempts to unlock a fifty-year-old secret are met with suspicion and a wall of silence.

Letters from Malta is about a woman's quest to make sense of her present and her past. The setting of Malta is brought vividly to life in this moving, perceptive tale of love and loss.