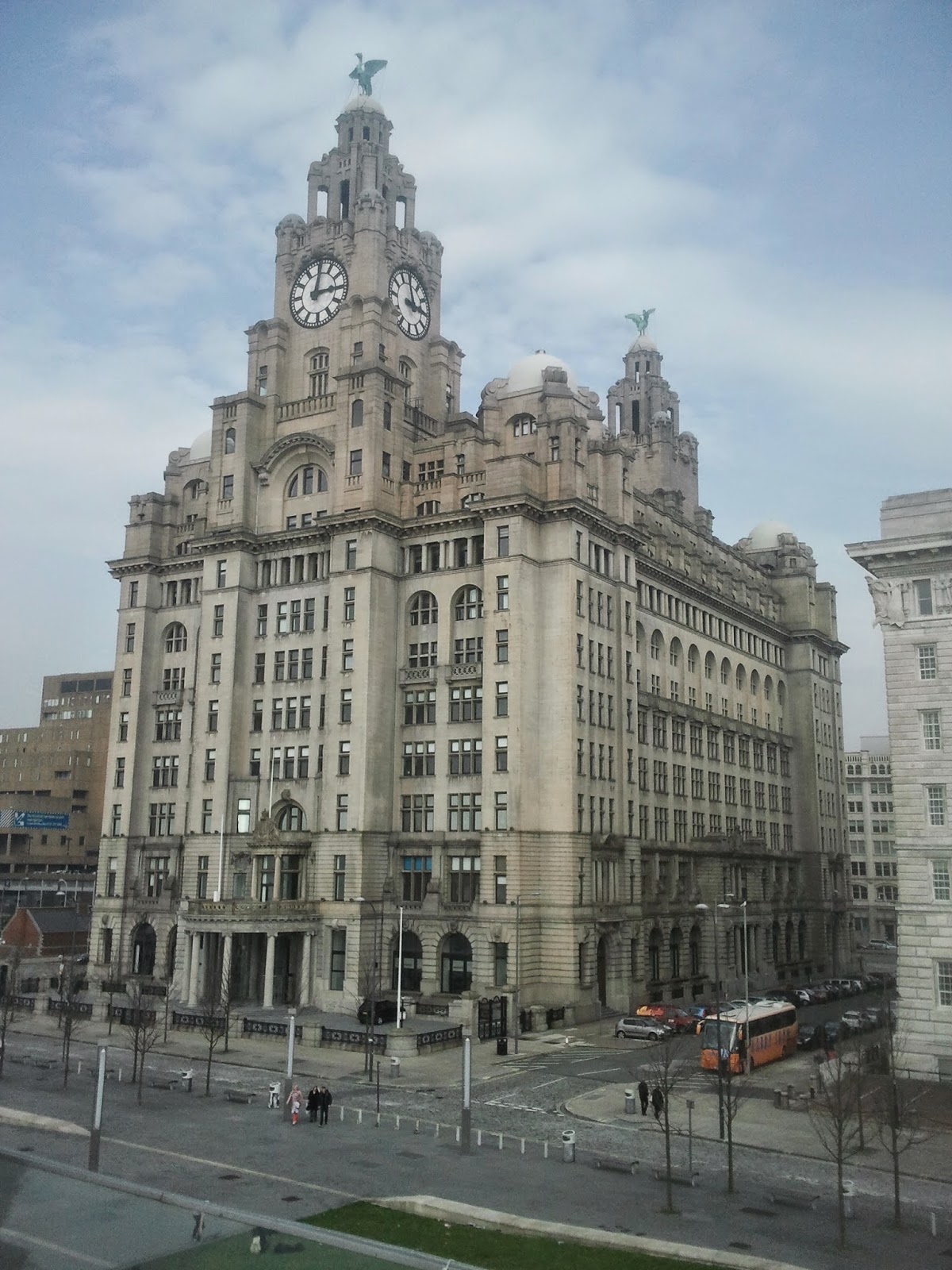 I spent Mother’s Day in Liverpool with one of my sons, who had travelled up by train for the day. Sunday is not a good day for rail travel! After regular updates on his progress from 8am onwards – his first train was delayed, he would miss his connection, he would be two hours late – my husband and I eventually met him at Lime Street Station, only one hour after his expected arrival. This meant we were still in good time for lunch at The Italian Club in Bold Street before Dad had to leave us for the all important LFC game.

The Italian Club was buzzing, it seemed busier than on the same day last year, when again Liverpool had been playing at home and two of my sons had been able to make it ‘up north’. The tables were attractive, with vases packed with daffodils and pink balloons floating above our heads; and the food and service, as always, was excellent.

After lunch, we left my husband browsing in his favourite art shop, a few doors down from the restaurant, and wandered down to the Pier Head. Church Street was crowded with people enjoying the warm weather and a group of talented street musicians added to the holiday atmosphere. I love hearing music as I stroll around the city; it reminds me of pleasant holidays spent on the Continent. 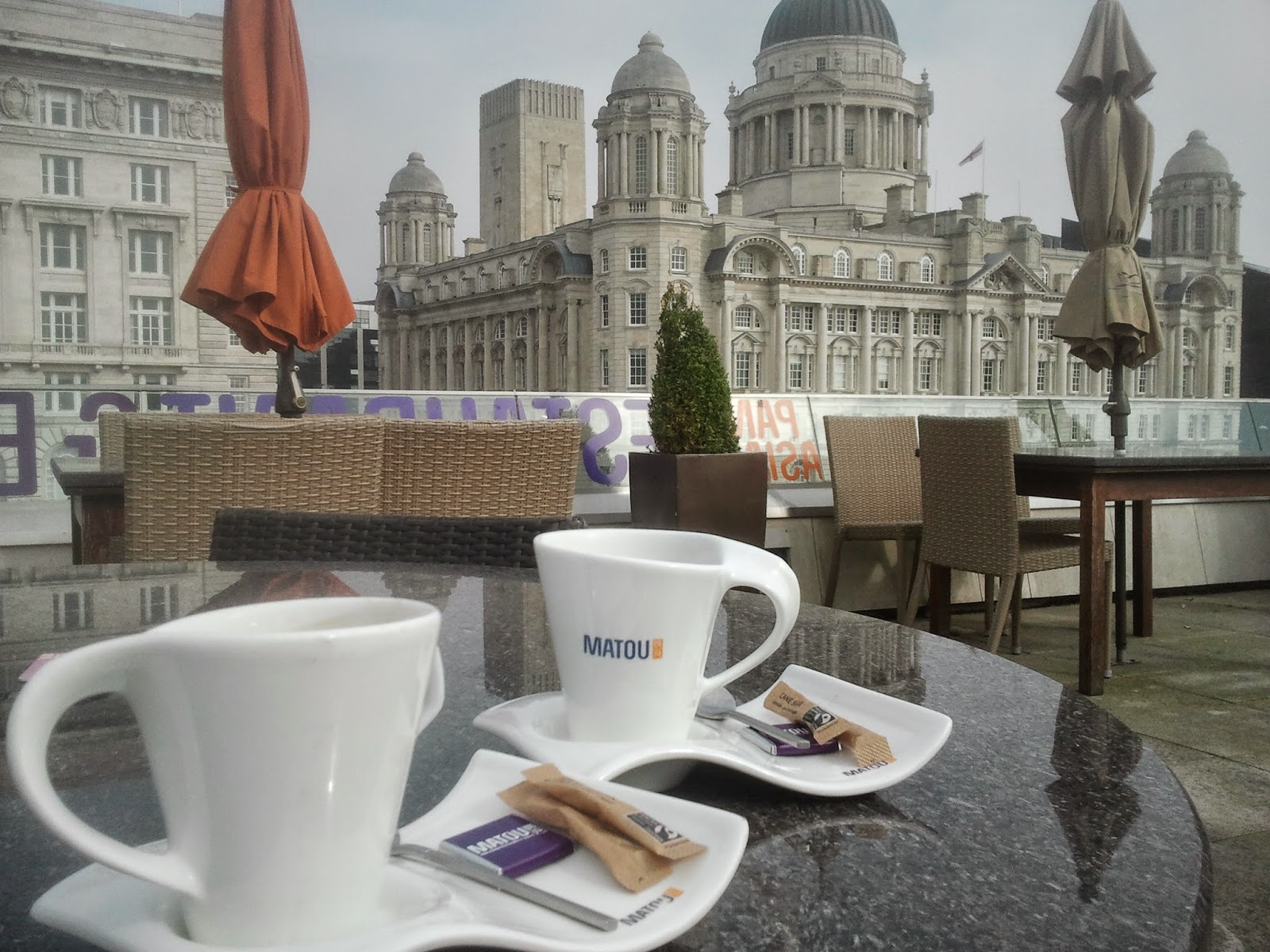 At the Pier Head, we were both ready for another coffee and as Matou had been recommended by a friend, decided to try it for the first time. What a perfect location! Inside, the restaurant was busy with diners, but outside, the terrace was virtually empty and we could enjoy our coffee, chocolate, and conversation, with an uninterrupted view of the city’s magnificent ‘Three Graces’. All too soon it was time to make our way back to Lime Street Station, with just half-an-hour spare to spend in the Walker Art Gallery, always a favourite when any of the family are visiting.

When time is short, we always spend it in front of just two or three of our favourite paintings in the 19th century rooms rather than dashing around seeing more, but remembering little. William Frederick Yeames’s And When Did You Last See Your Father? is one of those favourites I never tire of looking at; the gallery’s website tells ‘The story behind the painting’. Another family favourite is Frederick Cotman’s One of the Family. I have looked at this painting countless times, a print hung on my mother-in-law’s wall for many years, yet it was only on this visit that I noticed the knitting on the window-sill – and my son noticed the steam coming from the horse’s nostrils!

We stood for some time in front of Hubert von Herkomer’s Eventide: A scene in the Westminster Union. Among the faces of the old women in the workhouse, one in particular stands out – it may have been painted in the 19th century, but I see in her face a resemblance to my own elderly, long-gone relatives. Eventide was painted as a companion piece to the Last Muster, which hangs in the Lady Lever Gallery, and this is represented by a print on the wall of the workhouse depicting the dead pensioner and his companion. The lives of the women in this painting are in strong contrast to the old woman in One of the Family. She sits at the table, cutting bread, a valued member of what is depicted as a happy, loving family.

As my son caught his train, my mind flashed back over fifty years to when I used to wave my then young husband off from this same station after his 48 hours leave from National Service in the Royal Navy. Because of LFC’s 4pm kick-off, I had an hour left to wander around the city before the match ended and he drove back into the city to pick me up. Couldn’t catch the train home – they don’t stop at our station on a Sunday. High Speed 2 – huh!

My hour wasn’t wasted. The shops were closed, the streets were emptying, and I found myself looking more carefully at the buildings instead of in shop windows. Liverpool One is attractively set out, but I’m more interested in the old, original buildings of Church Street, etc. Yes, some of the in-fill building is ugly and soul-less, but I marvel at buildings such as the one inhabited by Marks & Spencer. I would recommend anyone to stand on the opposite side of the street – at a quiet time of the day, if possible – and let your eyes sweep across the whole façade of this architectural gem. You won’t be disappointed.

Email ThisBlogThis!Share to TwitterShare to FacebookShare to Pinterest
Labels: Eventide: A scene in the Westminster Union, Frederick Cotman, Hubert von Herkomer, Liverpool, One of the Family, Walker Art Gallery, When Did You Last See Your Father?, William Frederick Yeames