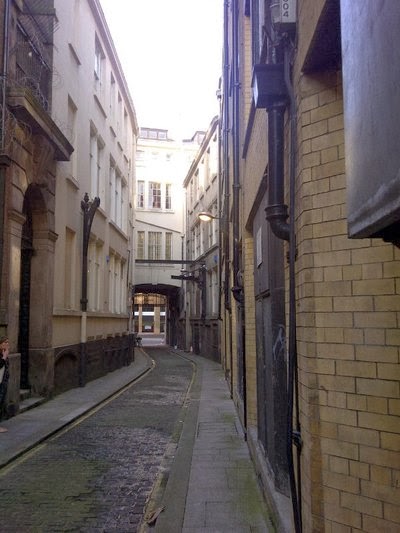 I left Grammar School in 1954, aged 15 and with no qualifications. It wasn’t that I was stupid, I was in the A form, but family circumstances dictated that I should leave school early – there was no possibility of my being able to stay on in the Sixth Form, so I might as well have that extra year’s wages.

I left school on July 25th and a couple of weeks later I was interviewed for a job as a typist in a Law Stationers’ office in the heart of Liverpool, about 15 miles from my home. (I was born in Toxteth, but the family moved out ‘to the sticks’ at the beginning of World War II when I was just a couple of months old.) I’d gone to the interview armed with a letter of recommendation from a neighbour, who just happened to have some distant family connection to the owners of the firm. The letter did the trick – although I prefer to think that I got the job because I was a presentable, obviously intelligent, 15 year-old!

I began my job with two distinct disadvantages. Not only was I completely baffled by the term ‘Law Stationers’, but I had never even seen a typewriter, let alone used one. However, like Barkis, I was ‘willing’.

The firm was owned and run by a father and son whom the staff called ‘Mr Charles’ and ‘Mr James’. Mr Charles was an elderly, distinguished-looking gentleman with silver hair and a refined voice; he occupied an inner sanctum from which he rarely emerged. Mr James, on the other hand, was a short, portly man with a strong Liverpool accent, a rough and ready boss with a knack for getting an enormous amount of high quality work from his typists. On my first day he sat me between two older girls at one of the long wooden benches that filled the ‘typing room’. In front of me was a black, shiny monster of a machine, round keys with metal rims steeply banked (you soon learned to keep your nails short) and a carriage that was at least two feet long. Mr James’s first instruction to me was, ‘Sit there and teach yourself to type’! As a puny, six and a half stone 15 year-old I soon learned to tame that beast – in fact I grew to love it.

Watching all the other girls, I marvelled at their speed and accuracy, although most, if not all, of them typed with only the first two fingers of each hand. Eager to learn, even more eager to please, that September I enrolled at my local night school for typing lessons. Determined to prove that this could be something I was good at, at the end of the first year I had gained a distinction in both the RSA I and RSA II exams and was rewarded by a special mention from the local Mayor at prize giving!

I was soon enlightened as to what Law Stationers actually did. We typed documents for local solicitors – one of whom is still a household name – wills, house conveyances, legal briefs, even divorces, although there weren’t many of those in the 1950s. I can only assume that it was more cost effective for the solicitors to out-source this work than to employ their own typists. Two skills were essential in order to keep your job – speed and accuracy. Speed because we were always working to deadlines, accuracy because legal documents back then were a world away from the present day versions which can be spell-checked, copied and pasted, then spat out from computers and scanners in minutes.

We typed on parchment, blue for wills, sepia for house conveyances, and erasing or tipex-ing a mistake was not an option. Any alteration to the document and it was no longer legal. Each double sheet of a conveyance document was hand ruled in red ink and the first page began with an illuminated letter, drawn in coloured inks by a very elderly clerk. He sat on a tall stool, hunched over an ancient desk and looked exactly like a character from Dickens. Working inches away from the parchment, his eyes were always red and rheumy and he had a permanent dewdrop suspended from the end of his nose, no matter what the weather. To my knowledge this never actually dropped! You can imagine my trepidation at first being handed these pages on which I then had to type the final version of the solicitor’s draft. The parchment was thick; feeding it into the machine, getting it perfectly lined up with that first letter, and knowing you must not hit a wrong key throughout the whole document was a stomach-churning experience at first. Of course, the odd mistake was made, but very few; not just because of the telling off from the boss for wasting time and expensive stationery, but because we felt real guilt at increasing the workload – and eyestrain – of the clerk. Sadly, after all this time I can’t recall his name, yet I still remember what he looked like.

Once you had completed a job you would sit next to Mr James at his desk, reading out from the draft while he checked every word of the conveyance before hand-stitching the pages together with narrow red tape. There was a real sense of satisfaction in a job well done when it was finally delivered to the solicitor’s office.

At this point, I should say something about my physical surroundings at work. The office was situated in a very narrow, cobbled dog’s leg of an alleyway which ran between two main thoroughfares in the city – Castle Street and Dale Street. Although ‘ran’ is not the best description, this was a street that wasn’t going anywhere; unless you worked in one of its offices there would be no reason to enter. Most people bought a newspaper from the stand at its entrance and passed on by.

And the office itself? I can remember the noise created by a room full of typewriters, bells ringing with each carriage return; a voice reading aloud to Mr James, trying to make itself heard above the clatter. I remember general untidiness, dust and the lack of fresh air. A telephone which must have been a museum piece even then, was situated in an outer office on a wooden surround attached to the wall; you spoke into the mouthpiece and unhooked the trumpet-like earpiece to listen. A trip to the phone brought its own dangers. The bare wooden floors throughout the building were uneven and worn, with many loose boards, but in the outer office they were particularly bad. Light as I was, I still managed to put my foot through the floor on one occasion, no Accident Book then; no compensation for laddered stockings, which you could get repaired at the drycleaners for sixpence per ladder! 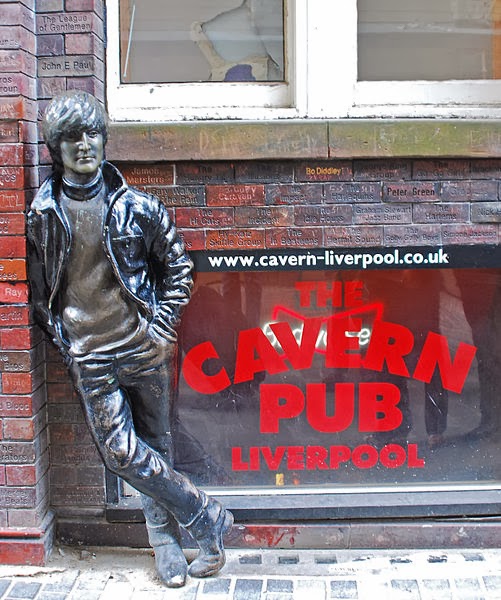 I stayed in that job for four years and enjoyed every moment of it, although the tedious bus journey and the 45 hour week were tiring. In fine weather, a group of us would take our packed lunches and sit in the gardens of St Nicholas’s Church, or on the grassy area at the Pier Head fronting the Liver Buildings. When it opened in 1957, The Cavern became a favourite lunchtime haunt, pre-Beatles of course! But by the end of 1958 I was engaged, saving up to get married, and found a job nearer home that paid better wage. I returned to the city a couple of years later to work in an insurance office in Water Street. One of the offices in the same building was, I believe, a Cotton Brokers, and we used to see Paul McCartney’s father arriving for work.

Fast forward 20 years. On a visit to Liverpool with two of my young sons, I decided to take ‘a trip down memory lane’.

‘While we’re here, I’ll show you where I worked in my very first job when I was just 15.’

We walked up Castle Street and turned left into the alleyway.

‘Down here, towards the end, on the right hand side.’

We got closer. My feeling of nostalgia turned to one of shocked surprise as I quickly shepherded two bewildered boys back to the main street.

‘Come on boys, let’s go. I must have made a mistake. I don’t think this is the street after all.’

My fondly remembered Dickensian office building had blacked-out windows and discreet posters advertised the fact that it was now A SEX SHOP!

[I checked again recently, once more it looks like a respectable office building which I can now point out to my granddaughters on their next visit!]

Many thanks to Seven Streets for permission to reproduce their photo of Sweeting Street.
Posted by J Carmen Smith at 14:35